Why Liverpool should win the Premier League

The Barclays Premier League has delivered a narrative that has been absolutely enthralling. Amidst the twisting plot lines, Liverpool’s story has been one that has shone above the rest. Their’s, is a tale of heart, perseverance, and pure talent. Despite the loss that they unfortunately suffered at the hands of Chelsea on Sunday, there is still a chance, albeit it a slim one, for a Liverpool league title. Here are some reasons why a Liverpool title would be absolutely fantastic.

The last time Liverpool won a Division title was back in 1989-1990. To be clear, that is before the start of the Premier League. Liverpool have had chances before, but all of them have slipped away from their grasps right at the finish line. Not only have Liverpool suffered a drought of League titles, they have been absent from Europe’s highest level of competition, Champions League, for 4 years now. Which is absolutely unbefitting for a football club of Liverpool’s stature. Though they have already sealed a spot with Europe’s elite, ending that particular drought, the much longer dry spell of League titles is something that should be remedied and there is no better time like the present.

A prevalent issue in the top English division of football is the increasing number of international players in the first teams of football clubs. Without going too deeply into why this is such a big issue, foreign internationals restrict the development of local players and thus, limit the talent that is being funneled towards the national team and a plethora of other problems. Liverpool have set the standard in the Top 4, with 7 out of their starting 11 players having English nationalities. All of those players play integral roles in Liverpool’s team; Sterling and Sturridge make up half of the Liverpool attacking quadrumvirate and Flanagan and Johnson bomb up the Liverpool wings. And of course, the heart and soul of Liverpool, Steven Gerrard, dictating Liverpool’s pace and tempo from the center of midfield. It’s about time for this homegrown talent sort of strategy to be rewarded, and there is no better reward than the League title.

There are legends in all sports, who have gone their entire careers without winning a league title. Elgin Baylor, Peter Stastny and Gary Lineker are just some names that come to mind. I sincerely hope that Steven Gerrard will not be one of those names, when he hangs up his boots for good. Gerrard has won every piece of club silverware available to him, except for the League title.  He is the undeniably Liverpool’s heart and soul; the engine that drives and fuels their push for success. It would be an immense travesty if this legend were to retire without a Premier League title under his belt

Steven Gerrard isn’t the only person whose perseverance should be rewarded. There are several other stars who have also demonstrated this. The first name that comes to mind is obviously Suarez. The focal point of so much controversy, a massive step has been taken this season to demonstrate Suarez’s change in character and attitude. Beginning with the dedication to Liverpool’s cause despite the summer transfer request, moving on to taking the league by storm despite missing five games to the Ivanovic incident, Suarez has avoided serious trouble this entire season! What a fantastic change in character, a herald of good things to come.

There are also two names worthy of mention, Sterling and Sturridge. Raheem has matured from the teenager finding his way in the great big world of English football, into a veritable star. Torching defenders left and right, Raheem has had a breakout season but what’s more, is that he has shown his maturity in the media and his personal life. Things are looking bright for this English starlet. Daniel Sturridge was once an outcast at Manchester City and Chelsea; he has now grown into a very prominent position at Liverpool, becoming the other half of the feared S.A.S (Suarez and Sturridge). He has taken the chance that has been offered to him with both hands and has not looked back since. His progress has been astounding, and the results have been shown in Liverpool’s performance.

All of these players have shown incredible perseverance this season, and thus, should be duly rewarded.

Brendan Rodgers is by far the coach of the year. He has taken a struggling Liverpool team who finished 7th in his first year, to a guaranteed Champions league spot. Not only do the results speak volumes about his talent, his players have sung nothing but his praise. Rodgers’ man-management skills are arguably the best the league has ever seen, with his ability to inspire, motivate, and push the last drop out of his players. He has already achieved so much with a rebuilding Liverpool team and his breathtaking Last year: 7th. This year: Guaranteed Champions League, good shot at title. Span of two years, all this achieved. Amazing. His man-management skills, breathtaking. His tactical nous, solid. His trophy cabinet, undeservingly empty.

Something that is becoming more and more of the norm in football divisions, is to have a wealthy benefactor (coughcough Manchester City and Chelsea), and proceed to splash the cash on as many players as possible. Liverpool have avoided this option and with the support of the American investment group, Fenway Sports Group, have made a brilliant run at the title. They have shown that shrewd spending in the transfer market is still a viable option despite the actions of other top clubs. A Premier League trophy would be solid proof that there are multiple ways to go about winning the League.

And while this might be argued, the stats speak for themselves. Liverpool have been playing some dazzling offensive football, vaulting them to one of Europe’s highest scoring teams. Their swashbuckling offence has trampled over some of the Premier league’s stoutest defensive lines and have made Anfield a fortress once more. The Kop has been rewarded with magnificent football and it is time that their club is rewarded as well. With the biggest prize available to them. The Premier League Trophy. 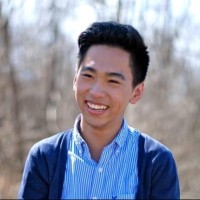 Mediocre Musician. Average Athlete. David's a big fan of alliterations. He enjoys a good song, a good meal, and good friends. He is also a dedicated follower of the Rule of Threes. The proud editor-in-chief of Nerve Spark, David is excited to bring you whatever he and his writers found interesting that day.
Twitter