Not as sweet as it sounds

This drug isn’t marijuana. It isn’t alcohol either. It’s sugar.

Possibly the one thing that could be cut out of your diet and be the best thing you’ve ever done is sugar. Sugar is known as the silent killer. It is the catalyst for a host of diseases including the one that is taking the earth (in particular the United States of America) by storm, Type 2 diabetes. A disease that correlates directly to the excessive amount of sugar we intake in our body, is not actually a disease but a consequence of the choices we make. The average human should have at most four teaspoons of sugar a day. The average Canadian consumes about 20 teaspoons. You don’t need to be a scientist to tell that something is wrong. People think that sugar is fine because it is not regulated, but in fact it is one of the worst things that your body could intake. And I’m going to show you why.

First, we have to understand what sugar is, as I’m sure it’s been a while since you were in your grade 10 science class. Sugar is made of two ingredients. Fructose and glucose. Both are turned into energy by the body, but fructose is mainly dealt with by the liver, which produces fats which in turn, enter the blood stream. As a result, if people begin to gain weight, it may be a sign of diabetes. Sucrose is broken down through out the body and thus doesn’t produce such a health hazard as fructose does.

Let’s start from the very beginning, around 22 million years ago. Apes filled the African rain forest, and what did they survive on? Fruits. Fruits that contained natural sugar and they feasted on this all year round. But what happened millions of years later? The ice age rolled in and froze most of Eurasia. So as the temperature kept on cooling, the tropical trees that gave these luscious fruit were no more. Instead they were replaced by deciduous trees, and thence the cycle of spring, summer, fall, and winter began. So the apes would starve, but eventually they adapted, and learned to became very efficient fructose processors. This gave them the key to survival as the fructose would turn into fat, which would last them the winter, when food was not so abundant.

Some 8 000 years ago, sugar cane was first found in New Guinea, were people would rip the cane and ate it raw, chewing on the stem waiting for the sweet juice that was inside of it. It was a kind of drug. Why? Simple. Since those apes 22 million years ago lived on sweet natural fruit full of fructose, when the ice age came in  it forced them to become efficient fructose processors, taking any bit of sugar out of any food and storing it. Well when it was first cultivated, this abundance of fructose within the sugar cane gave people such a delight as the amount of fructose did not correlate to the amount of fructose we were used to having. So this triggered the sweet sense in our mouths that make us want to have sugar forever. And from there it ran like the wind. Spreading from island to island and eventually making its way to the east. Where not long after, it was developed into powder to be used as medicine in India.

However, sugar is to thank for the age of exploration as by the 15th centuries Europeans had first come into contact with it, and fell in love instantly. At first, the sugar market function on small amounts of trading with the Arabs, but that did not last for long as the Ottoman empire took on the role of a cock-blocker between the Europeans and their love for sugar. So it was up to them to either find new alternatives to get sugar from or defeat the Turks. And that my friends, is where the hunt for sugar sources began and what we call age of exploration.

In 1493, Columbus set out on his second voyage to the New World, carrying sugar cane hoping to mark down plantations and make sugar. This essentially started the age of sugar in the Caribbean and the reason slave plantations became a thing. Europeans wanted more of this magical substance, so what they did was turn many of the Caribbean islands into sugar refineries. But the indigenous people didn’t last forever, so when they perished, they brought in slaves from Africa to continue the job. Sugar would be transported for goods in Europe, which would then buy slaves, and would be shipped to the Caribbean to do it all over again. Over 11 million slaves were shipped from Africa in this time, and for the sole reason that the Europeans just couldn’t live without sugar. This in time, led to mass consumption, diabetes, parents chugging down 2L coke bottles, and obese kids playing Xbox.

Why is this so important? It’s because we just can’t stop. And so decade by decade the average Englishmen would have more and more sugar. Naturally, when you begin having excessive amounts of anything, there are bound to be repercussions. And sugar is no exception.  In 1973, 4.2 million Americans had type 2 Diabetes, and in 2010 21.1 million now had the disease. In 1980 153 million people in the world had diabetes, and now its 347 million. The average american consumes 77 pounds of added sugar every year and this excessive consumption of sugar can lead to a plethora of diseases. Diabetes, slowly destroying the blood cells in your body, until you die. Obesity, more than 22% of Canadians above the age of 18 are obese, and 10% of all kids are suffering from the same issue. High blood pressure, heart disease, cancer, the list goes on.

The moral is simple. Watch your diet, and don’t consume processed sugar. You may not feel it now, but 15 years down the road you will. It’s not so sweet after all. 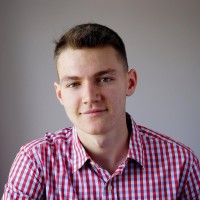